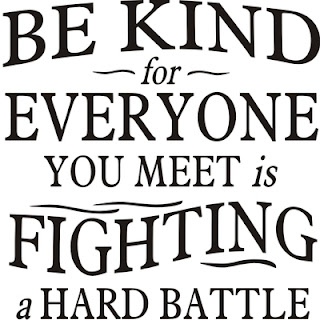 When casually comparing two people (or playing matchmaker), I sometimes play the "one-up" game. You know, "You are so one-up on him," or, "Seems to me she's a couple one-ups on you." I feel kind of bad because it implies better than. So maybe it's best I leave it at "an unlikely match."

Besides, aren't we are all one-up'd by someone in life? Great are the days I realize every single person - whether at the gym, around the neighborhood, and yes, even at Wal-Mart - is better than me in some way or another. Not-so-great are my fault-finding days.

And every so often when someone reveals their "fault" - or their "ignorance" over something petty - I'll feign cluelessness to hide my inner nerd. Not in an "oh, look at me, Miss Humble" sort of way, but to keep us on the same page.

For example, a friend might say, "I hate this weather - why is it so hot out?" And I'll say, "Who knows, right? It's awful." (But I really do know! It's those offshore winds and dominant high pressure system over the west!)

Or I have just the opposite problem. A ladylike, demure, disciplined (perfect) friend might one-up me (without even realizing it) by saying, "I'm so full. I can't eat another bite." So to keep us on the same one-up level, I'll say, "Meeee too. Completely stuffed." (But I'm really not stuffed! I want the rest on my plate, her plate, and dessert.)

So while most one-uppers are about intelligence or status or food-eating capabilities, I read a story about a girl named Mary who felt one-up'd by her classmates because of her cleft palate. She had a crooked nose, scarred lip, lopsided teeth, and garbled speech. And because of that, she thought no one could ever love her.

And when she was in the second grade, she had a teacher - joyful, fun, warm, cozy - who would check the children's hearing with a simple test. She'd have the kids stand on the other side of the room as she whispered a question to each one. "What did you do this weekend?" or "Are those new shoes?" And when it came to Mary's turn, it wasn't a question she heard. Instead, Mary heard something that changed her life forever: "I wish you were my little girl."

Imagine a teacher saying that to you? My heart would melt to pieces. I would never forget it. (But is it bad to secretly hope my classmates also heard it?) At any rate, that teacher - a person who really mattered - gave Mary hope by treating her as better than herself (Philippians 2:3).

I want to be like that. To love like that. After all, isn't everyone fighting something out there? So, here it goes: "Attention Wal-Mart shoppers and fellow people of the world. One-up me (or one-down me) all you want. It's all good."