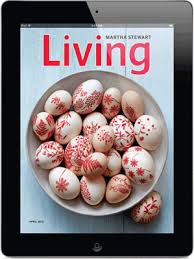 Adding coriander to meatballs will give them a delicious North African kind of taste...so says Martha Stewart. But that's if you're into that sort of thing. She also says guest rooms should be decorated with fresh, neutral colors. But again, advice you can take or leave.

However, it is Martha Stewart's advice. Not just anyone's. She knows her way around a lemon zester and how to get your sheets smelling like lavender. Just look at Martha Stewart Living magazine's cover this month. So very Molly-ish. If I were an Easter egg, pretty sure I'd look like one of those.

The big wide world of decor, food, gardens, and crafts - Martha's specialty. But what about funny things? Not her specialty. The perfect smoky eye?* No bueno. Maximizing your calorie burn on that power walk? Not even close. But what about choosing the perfect table centerpiece for your Easter celebration? Well by all means, let Martha Stewart take the reigns. It is her specialty.

That's why people buy her magazines, watch her shows. She's the one to turn to when you're trying to impress your neighborhood's one-person welcome wagon. (A one-person what? Click here.)

What about other specialties people may have? Like, who to turn to if I'm looking to bring my texting skills to the next level with the latest in emoticons**? Martha Stewart or my adorable 16-year-old daughter? (I'll give you a couple hints: Cocoa Pebbles for dinner and Forever 21 customer.)

Now go a little deeper in the realm of specialties. Actually a lot deeper. Who to turn to when my heart is falling apart? Who's got the specialty in that very damp and murky department? Food would help for about 8 minutes. A friend would help for a few days. But I'd be turning to someone whose heart is every bit as complicated as mine. That specialty really belongs to Jesus:

"For we do not have a high priest who is unable to empathize with our weaknesses, but we have one who has been tempted in every way, just as we are - yet he did not sin." (Hebrews 4:15)

And since it is Easter week - with God's greatest specialty being one of raising things from the dead - broken things, tired things, lonely things...here's a little reminder about who this understander-of-my-heart and maker-of-me, Jesus, really is:

-So gentle that little children flocked to Him (Matthew 19:14),
-Yet so authoritative that fierce storms would be quieted by His word (Mark 4:39).

-So tender that he stopped the criticism of a woman caught in adultery (John 8:11),
-Yet so commanding that a single look from him parted an angry crowd intent on doing him in (Luke 4:29-30).

-So embracive was he (not abrasive) that sinners called him friend (Matthew 11:19),
-Yet so righteous was he that his blood could wash away the sin of the entire world (1 John 2:2).

Now I don't know about Martha Stewart, but that's what I call real LIVING - making this Easter eggstra-special. 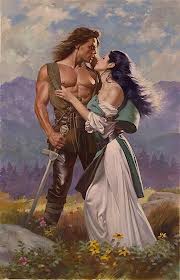 There's a small lake near my house that people of all sorts walk around. You've got the senior center crowd, the rollerblading hotties (yes, they're still out there), and that nice man who always feeds the ducks.

And it's no surprise - you've also got your mommies. Handfuls of them. Bucketfuls even. More like Starbucketfuls, for it seems a coffee cup is attached to every hand or placed in the cup holder of every stroller.

And then there's me - a mom, too. But I always walk against the usual clockwise flow. It prevents that awkward feeling of being in a race with the person next to you. Which can get weird. You know - not as fast as the guy in front, but slightly faster than the the fat-burning boot camp ladies.

So what usually happens is I end up zooming past people, hearing little bits of conversations along the way. And one day, I noticed a theme - a man-bashing theme. Turns out people not only secretly dump their aquatic turtles at the lake, but openly dump on their husbands.

"And to think he wanted me to make a pot roast!"

"The living room walls aren't going to paint themselves!"

Hearing such juicy details wouldn't normally give me pause. But I've been reading romance novels lately - or historical Christian fiction, as they were - and it made me wonder: What's making pot roast lady so upset? And the paint chick? And the bitter wife of a sport fanatic?

Because I'm assuming their relationships started out with romance novel dreams. Ahh, romance novels with their fairytale wording:

"She liked the way his smile settled into a smirk. His dark hair, tangled from the wind..."

"A man who smelled like the sky and prairie grasses, the heat of the sun, wild and uncouth..."

"...with electric eyes, the kind that could spark her own hope."

"The nearness of him buzzed through her..."

"He tasted of wine and dark chocolate...."

Ketchup? Do most women, before they get married, really find ketchup - the smell of it, taste of it, look of it - somehow alluring on their man? I'm not so sure. Maybe in a romantic-afternoon-picnic sort of way? Well if that's the case, what happened?

I'll tell you what happened. A mortgage happened. Duct-taped dryer hoses happened. Losing a job happened. A kid pooping in your shoe happened.* Life happened. And it annoyingly happens with the person you married. The person I married.

Now I'm no expert, but I think Ruth Graham Bell is onto something when she said, "A happy marriage is the union of two forgivers."

And the Bible is crammed with wisdom, particularly Proverbs 17:9, "Love prospers when a fault is forgiven, but dwelling on it separates close friends."

So go ahead, make that pot roast. Let go of the unpainted walls. Get a pedicure during Fantasy Football draft time. And maybe, just maybe, letting your hubby off the hook will help him to "taste of some exotic spice, causing you to remember the delicious safety of being in his arms - a safety that shatters all the arguments you've come prepared to wield."

*Apparently I pooped in my dad's shoe when I was one. Life was good.

What do people really think of a neighborhood's one-person welcome wagon? You know, the gal who shows up on the doorsteps of new residents with a well-organized "welcome packey" that answers a few questions, such as, "When is trash pickup day? Nearest dry cleaner? Best veterinarian in the area?" (I wonder if she'd include laundromat or closest Dollar Tree?) 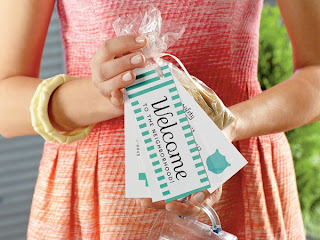 Turns out the people over at Southern Living Magazine think it'd make you an "absolute life-saver," especially if you "pair the info with a measuring cup-worth of homemade Orange Spice Sugar."

Orange Spice Sugar? Should I add it to the raspberry herb rémoulade I have simmering on the stove top? Or blend it into my afternoon mint frappe?

But before I'd let cynicism get the best of me - and after secretly wishing it was a traditional apple pie instead of orange spice sugar - I'd politely say thank you and invite her in, keeping her on the side of the living room that doesn't have a clear-shot into the kitchen...where my cat may or may not be on the counter top licking butter off a leftover frozen waffle.

And if she truly looked anything like the photo, I'd also secretly wish I had changed out of my Madonna Confessions Tour t-shirt someone gave me nearly ten years ago - a shirt I confess to having slept in, painted furniture in, and wiped-up stuff with.

I'm not going to lie, perfect people like her make me want to go eat something. Trying to one-up the neighborhood, are we? (See One-Up.) And I imagine she'd make her "welcome packeys" at a craft center like this: 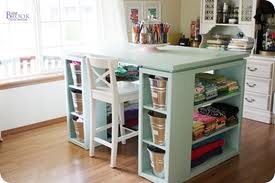 Now now, Molly. Play nice. I should never judge the one-person-welcome-wagon type. Who am I to decide if she's being genuine or just showing off? I'll leave that up to God - a God who Beth Moore thankfully describes as One who,

"...bases His judgement on truth, knowing what motivates people in the inmost places to act as they do. Knowing the origins of our wrecked-up emotions and inconsistent actions. He alone knows when we're sincere and when we could win an Oscar. He alone knows when our hatefulness was hormones. He knows if someone needs to get a grip or go to a specialist for medication."

And you never know, the next friend God brings my way could very well be the "welcome packey" type. No need to write her off already - or assume she'd write me off. Besides, I've heard it said that "happiness is an unlikely friendship." As unlikely as being given a measuring cup-worth of homemade orange spice sugar? Absolutely.
Posted by Molly at 5:27 PM 3 comments: 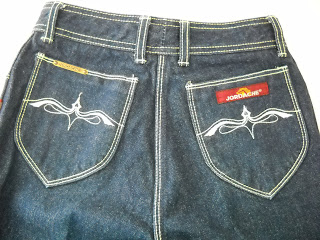 My son turns 13 next week. Thirteen. And it would seem - at least for my son - that 13 is just an extension of 12. Girls still have cooties. Mirrors are still unnecessary. Facebook is still dumb.

But wait. There is that one thing. Socks. Not just any sock. Nike Elite socks. They've got black ones, white ones, orange ones, and all-of-the-above ones.They've got single-striped patterns, geometric patterns, and no-real-pattern patterns. Football ones. Basketball ones. He loves them all.

But his timing couldn't be more perfect. Thirteen. I certainly remember my "sock" days when I was 13. Better yet, "Jordache Jean" days. It was all about the swirly-dazzly pattern on the back pockets. And you just knew when Sally-so-and-so got herself a new pair because she'd come to school with the latest pattern. And her butt would be all tiny. And her mom would let her wear eyeliner. But I digress.

So I leaned in (glad to be wearing stretch denim) and said, "Never thought we'd be wearing skinny jeans, eh?" Her thoughts exactly. Then we discussed whether or not it's trendy to cuff them and stuff like that. Just look at us...both turning 40 this year...no different from our Jordache Jean days. And to think I might go for a white pair this summer!

Truth be told, we're just a couple of Proverbs 31 women. Or at least Proverbs 31:22 women:

"She makes coverings for her bed; she is clothed in fine linen and purple."

"She has the cutest duvet cover from IKEA; she is clothed in quality denim and tone-on-tone blue."

So what's next for my son - skinny jeans? I seriously doubt it. Most likely something sport-related. But whether it's cool-boy-socks for him or the latest in denim for me, God loves our quirks. And since I'm his mom, there's going to be a lot to love.