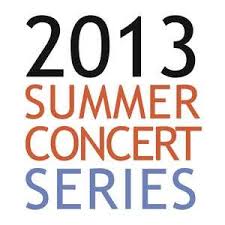 Just got our city's "Summer Concert Series" newsletter in the mail. Rarely a cause for celebration because, well...Donavon Frankenreiter anyone? Along with a bunch of other never-heard-of-hims-and-hers. Or some third season American Idol kick-off. Or only musicians my parents' generation knows about.

But this year is different. I'm suddenly a "parent from a generation" because I actually know, like every-single-lyric know, who some of these guys are. And based on my reaction (which I wish I could take back - good thing I was sitting down), you'd think I just found out Justin Timberlake or the Biebs or even Jesus was coming to town. Which is not the case - at all.

And there's no sense in playing the "Hey kids! Guess who's coming to town?" game. They don't know. They wouldn't know. But I know. And you know. (And are a little jealous? Minus the "lake opens at 6:00 a.m. to reserve your spot, so expect delays" part of the free concert.)

Like I said, I'm a "parent from a generation" now. Turning 40 means you know who the lakeside concert performers are. And all the guys who perform at non-Vegas casinos. And those on cruise ships. But I'm not worrying about it. God has not only helped me to "hold on for one more day," but to also "break free, break free from the chains" of getting older. (Ba dum tish!) 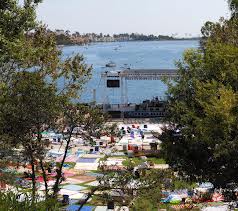