Because sometimes I obsessively dream of
having a bedroom like this: 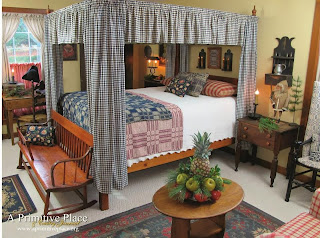 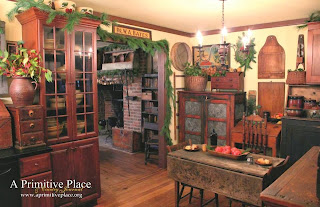 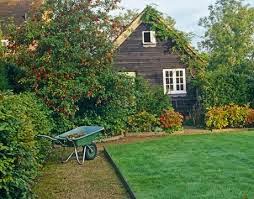 It's a very small problem to have - especially when it's Fall out and you live in Southern California, far far away from Vermont's Maple Festival and Ohio's Covered Bridge Festival. (Festivals that don't take place in mall parking lots.) You know, simpler places and simpler times. Where apple pies cool in the windowsills of non-peach/beige-stuccoed houses.

I imagine these places are teeming with folks in cable knit sweaters and flannel. (I would say calico dresses and bonnets - but that's taking things too far.) Not people, but folks. Folks who name their cows Bessy. They might even get their water from a well because it tastes so good. And they're really into their casseroles and baking cookie bars. They go around saying to each other, "You bringing bars tonight?"

Now several things make my problem worse - and cooking shows is one of them. Whenever Pioneer Women needs an ingredient, she usually goes "into town" on a Sunday.

It makes me rant: "That does it! Everyone, I am going (-dramatic pause-) into town (-another pause-) on Sunday!"

But leave it to Jeff to remind me I'm already "in town" every day of the week. And to then remind me of our Alabama years and how we HAD to drive into town, past picturesque black-and-white cows even. And deer! Yet the only thing I wanted in the entire universe - at the time - was to be in town IN California. (Grass is always greener...)

So the best way to make sense of it all...to calm my primitive wanderings...is to assume one thing: folks who live the dream, my primitive lifestyle dream (with a modern electrical twist), are probably playing Candy Crush on their iPhones while riding with their kids on quintessential hayrides across covered bridges. Wearing something they got from Kohls using their 30% off coupon. (Not very primitive, folks. Not primitive at all.)

And then to feel completely at peace, I'll throw in a few higher-than-mine thoughts: "...God has made all the nations, that they should inhabit the whole earth; and he marked out their appointed times in history and the boundaries of their lands." Acts 17:26

So what I've got here on the west coast is no accident. It's a God thing. As far as today goes, my "appointed time" is 2013, and the "boundary of my land" just so happens to be Southern California.

I guess it'd help to apply those tactics to my other smallish problem that surfaces whenever I watch movies like When Harry Met Sally - my "big city dreams" problem. And how I'd love to mesh with the locals and call taxis like a boss....


Taking stairs up to my home in New York like this: 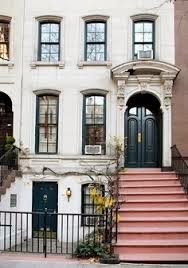