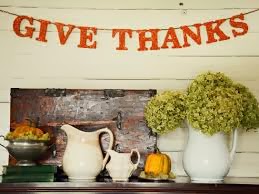 Going out to lunch with girlfriends isn't what it used to be. Remember how they used to order ham and cheese sandwiches on grilled-parmesan bread with a side of thousand island? Yum. And then swap the fries out for onion rings? Good times.

But those days are gone. Over. And based upon my latest female lunch date, it looks like my deep dish pizza splurges will be a family-only event from here on out.

Observe along with me:

Friend #1: "I'll order the BBQ Chicken Salad with no black beans, no cheese, no corn, no BBQ sauce. And no other kind of sauce."

Friend #2: "I'll also have the BBQ Chicken Salad, but with lettuce, tomato, and chicken ONLY. Please make it the entree size as this is my main meal for the day."

Friend #3: "And I'll have the 'same' salad, but no chicken and no dairy. I don't eat dairy. And definitely no BBQ sauce. It has sugar."

And friend #4 is me. Oh the pressure! It was junior high all over again, only food instead of Swatch watches. My dream of having an exhilarating break from the daily lunch grind of Cheerios and dried-out carrot sticks has gone out the window.

And with each consecutive order, my prospects went from "I'll take the deep dish ham and pineapple pizza with a side of ranch, please" to "okay maybe I don't need the ranch" to "alright then I'll keep the ranch but make it thin crust" to "I guess I'll do what the cool girls are doing."

And I did just that:

"Um, make that four BBQ Chicken Salads - I mean, I'll be the fourth one to order...one of those types of salads. Got enough lettuce back there? (Awkward giggle.) And I'll just take mine, uh, the way it...comes? And maybe add avocado?"

Like I needed permission to order the real version of the salad. But I did get major props for adding the avocado. Two of them even went ahead and added it. (Who's the cool girl now?)

So as I entered a mild state of unrest - outwardly saying things like, "Ooo, I've never had a Mock-tini before!" to inwardly thinking, "Is my coroner's report going to one day say: 'death by genetically modified wheat?'" - my thoughts oddly settled on Thanksgiving.

Thanksgiving. These poor girls! How are they going to do it? Will they be dipping rolls in the butter jacuzzi that has formed in the center of their mashed potatoes? Will their cranberry sauce touch the stuffing that's touching the turkey that's touching the broccoli casserole? The world may never know.

Or maybe I'm the "poor girl," not sticking wholeheartedly to current nutrition trends? Let's just say I'm glad Thanksgiving is about more than food - whether it's paleo, vegan, or boxed scalloped potatoes with sodium levels through the roof.

Instead, we all know Thanksgiving is about the dessert.

What I mean to say is...Thanksgiving, for me, is about my ten-year-old's ultra-vibrato version of Katie Perry's "Roar." It's my husband's hearty laugh at really juvenile things. It's my mom's cozy couch and In-n-Out cheeseburgers at her coffee table on any given night.

Thanksgiving is also about thanking God for his faithfulness to me - even in all my doubting and my "I am, and there is none besides me"-type thinking. A God who day after day covers me, from first sip of coffee to last hobble up the stairs on my creaky knees, with his lavish grace. And, of course, a God who loves me the same same SAME even if I had gone with the deep dish. 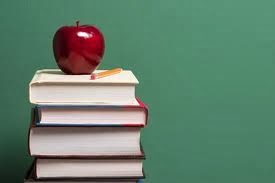 Part-time substitute teaching definitely has its pros and cons - what it lacks in consistency and predictability, it makes up for in donut-filled pink boxes in the teachers' lounge. Not to mention plenty of blog-worthy stories...

It already happened twice this year. Teachers leaving ME to do their dirty work - that one health book lesson they save for the sub to teach: the ill effects of drugs and alcohol, compliments of Red Ribbon Week. One lesson was in a 4th grade class. The other one - the most interesting and revealing one - a 2nd grade class.

So there I was, textbook in hand. And per the teacher's instruction, I stood before the class and read out loud things like, "Tobacco is a plant. Some people like to chew it. It can give you cancer." And, "Alcohol can make people angry. It can also make people act silly."

Hold on. Was I really teaching seven-year-olds about chewing tobacco and how it may cause mouth cancer? And was I really telling them about a special drink that can make them even sillier?

And before I could process the age-appropriateness of it all, the hands shot up:

"My dad goes for the whiskey!"

And for the most revealing,

"My mom is in prison, and I live with my grandma!"

And all was said with the same enthusiasm as: "I sat on Santa's lap, and he promised me a pink pony!"

Oh for the love of substitute teachers across the globe! Can we please go back to popping in a Jack Cousteau video or teaching the kids a quick lesson on how to 'carry the one?'

Kids are just so airing of their family's dirty laundry. We subs know things now. It makes me wonder what my kids are telling their teachers. "When my mom flips out, she really FLIPS OUT. That's when her demon voice comes out!"

Of all things, right? I almost told the class, "And for our next lesson, we'll be discussing the importance of putting a filter on the things we say."

A more fitting lesson would be to tell them that families are a work in progress. Especially us mommies and daddies. And then I might throw in one of my favorite Beth Moore quotes:

"If we could get our external lives under perfect and legalistic control, we'd probably rot on the inside with the heinous sin of pride. Given enough time, circumstance, and opportunity, we're all hopeless - except that Jesus came as the Son of God."

Only I wouldn't say it exactly like that. Would probably be a bit much. So I'd keep it simple and stick to the basics, maybe even quote my Aunt Shanna's answer to all-things heavy: "God made the world. Jesus loves the children."

But every good sub has her tricks, and my best drug topic - any topic - redirecting tactic is to ask this question, "Now who wants to play Heads Up 7-up?" And then call it a day.