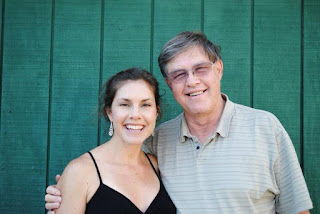 I work hard . . . ish. I bet if I tallied it all up, all the physical, mental, and emotional effort it takes to keep this house spinning and my family in orbit about town, I'd rack-up some serious steps on one of those fitness trackers. But compared to my dad, it'll take me a lifetime to even come close to the amount of work he had already put in by age 18.
—with their hands. No fancy machinery. And if they did have machinery of any kind, tractors and whatnot, they'd fix it themselves. Mechanics from John Deere didn't make house calls.

And what did they do with milk from six cows? They hauled it into their kitchen where it got poured into a cream separator. And the people who actually did make house calls were the Land-o-Lake guys. They came out once a week to buy and pick up the cream for butter-making back at their factory. (Forget making money, I'd be all, "It's human interaction DAY! Someone is coming to my farm! Special occasions call for pearls and stockings.")

Now what about the strength needed to move hay bales around hay lofts that were over 100 degrees? A lot of back-breaking and finger-blistering work, yet the sense of accomplishment from a job well done would make it all worthwhile—or at least make lemonade taste like heaven. And to think each bale of hay weighed more than my dad. Hard work, that's what.

Now scale way, way back in the blood-sweat-and-tears department and fast forward to present-day life in my kitchen, where the sense of accomplishment doesn't come from separating cream from milk that I "hand got" from cows in my backyard. Rather, my proud moment came the day I made something extraordinary . . .

Proverbs 12:14 says, ". . . the work of their hands brings them reward." What is that reward exactly? The possibilities are endless! And even though my dad hung up his rugged cow-poop-stomping workboots many years ago, God gave him an amazing work ethic and desire to provide and care for his family of seven. Besides, he just knows things now that are cool to know.

As for me, although making boss shrimp linguini does not compare to a day in the life of a farmer, it did bring a sense of accomplishment because it was a job well done. God must have looked down on my family and said, "They need a break from turkey burgers." So God made a really, really good recipe that was easy to follow and didn't ask me to emulsify anything or grate ginger root . . . or milk a cow.

A Dog Blog You Should Read Anyway

That-them-there hound dawg. It's just Hudson, that's all. Our 90-pound, horse-ish Basset Hound. A blog about him? Thought you were more of a cat person, Molly? I am. But he's pretty funny.

We drove out to middle-of-nowhere Jasper, Alabama, to get him almost 10 years ago when we lived near Birmingham. Found him in a red barn at the end of a gravel road; he was one of two dozen ready for adoption. That means there were a bunch of baby Bassets not ready. Hound dogs everywhere. (I know, I know . . . he's not a "rescue" dog.)